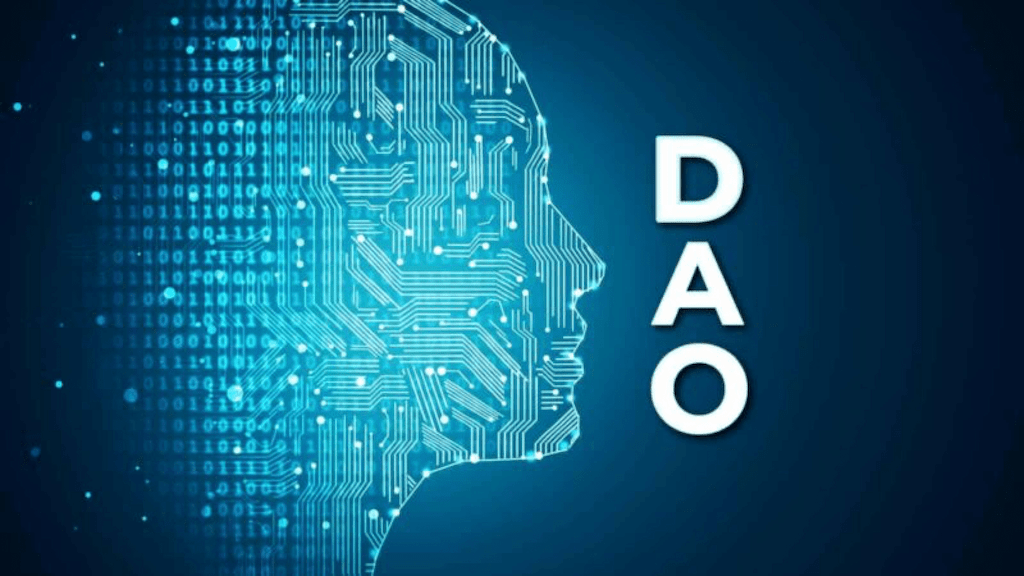 What is a DAO?

A Decentralized Autonomous Organization (DAO) is an entity with no central leadership. Decisions get made from the bottom-up, governed by a community organized around a specific set of rules enforced on a blockchain.

DAOs are formed when people come together to create a concept or business model, implement it on a blockchain, and invite others to join. In order to participate in a specific DAO, a user must hold its native tokens, which are usually distributed at the beginning of its formation. People can buy these tokens from the founders of the DAO, who often only sell them for cryptocurrency.

The more token a user holds, the more decision-making power they have. The specifics depend on the DAO's governing rules and range from voting rights to adjusting interest rates on loans to issuing dividends.

There are currently hundreds of DAOs being used for everything from decentralized applications and private currencies to prediction markets and art collectives.

How do DAOs work?

DAOs operate on smart contracts, code that automatically executes whenever a set of criteria are met. Smart contracts were first used on the Ethereum blockchain and are now available on numerous other blockchains.

These smart contracts establish the DAO’s rules. Anyone who holds a stake in the DAO may influence how it operates by creating new proposals or voting on them.

This model prevents DAOs from being spammed with proposals: A proposal will only pass once the majority of stakeholders approve it. How this majority is determined varies from DAO to DAO and is specified in the smart contracts.

Why are DAOs Important to ALGO?

DAOs (Decentralized Autonomous Organizations) are changing the way we think about work, governance, and commerce. This new type of organization allows people to come together to pursue a shared goal and collectively make decisions regarding how resources should be allocated.

In the Algorand ecosystem, DAOs can be built out for a wide range of use cases including DeFi, NFTs, Gaming, and more. These DAOs benefit from the fact that Algorand is actually the largest DAO in the world in terms of sheer number of community members.

On Algorand you can participate in what is known as Algorand Governance, a process through which individuals commit ALGOs in exchange for rewards and voting rights on the future of the protocol.

During governance period #1, more than 50,000 governors participated in on-chain voting—which means that anyone who has ALGOs can vote on things like protocol fees or changes to the reward structure.

What is the Future of DAOs?

As DAOs continue to evolve and become more mainstream in 2022 and beyond, there are definite pain points for the average community member who wants to participate in governance.

Algorand's DAO, which is one of the largest and most active in the world, has learned a lot during its first two periods. In particular it has identified two main issues that many community members had with participating in governance:

1) For example, in order to initially earn rewards from participation in governance, community members were not allowed to dip below their committed ALGOs on a quarterly basis otherwise they'd forgo their rewards. This created a situation where users felt like they were unable to spend their money or trade ALGOs without risking not getting any rewards.

2) Participation in governance is also an increasingly tough ask as rewards go down period by period assuming more and more governors participate in on-chain voting and contribute more ALGOs.

These issues can be mitigated by GARD which allows users to mint GARD against their committed balance to governance without affecting their ability to earn rewards. Now users can use their GARD to participate in all Algorand DeFi has to offer GARD holders.

DAOs are fundamentally organizations that can exist without any human intervention, which means they could potentially replace the vast majority of companies in existence today. These organizations use smart contract technology on top of blockchain infrastructure to ensure they remain completely autonomous. They're run by open source code, not humans.

There's been much debate about what these organizations mean for traditional businesses and how long it will take for them to become commonplace—but there's no debate about whether or not they're here to stay.